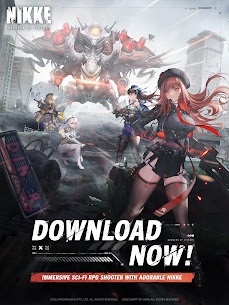 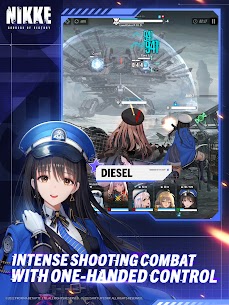 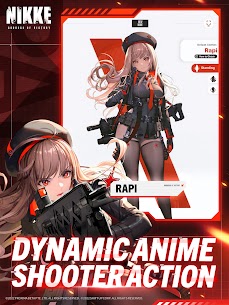 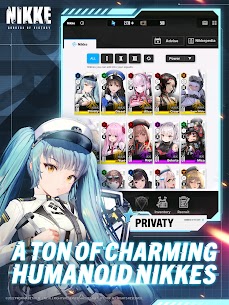 GODDESS OF VICTORY MOD APK Download: NIKKE is an immersive sci-fi RPG shooter game, where you recruit and command various maidens to form a beautiful anime girl squad that specializes in wielding guns and other unique sci-fi weapons. Command and collect girls that have unique combat specialties to create your ultimate team! Experience next-level shooting action with simple yet intuitive controls while enjoying dynamic battle effects.

WARNINGS:
>If you clear the stage too fast, you will get battle error. Damage, Critical and Ammo may contribute to fast clearing. You may need to fine tune and toggle these features to ensure valid clear on some stages.
>Mod works on environments in which original Apk does.
>This game has many rankings and devs are activelly hunting for cheaters. Use this mod at your own risk. Optimally, you’d like to avoid getting any Invalid Battle Result.

Humanity lies in ruins.
The Rapture invasion came without warning. It was both ruthless and overwhelming.
The reason: unknown. No room for negotiations.
In what seemed like an instant, the earth was turned into a sea of fire. Countless humans were hunted down and slaughtered without mercy.
None of mankind’s modern technology stood a chance against this colossal invasion.
There was nothing that could be done. The humans were laid to waste.
Those that managed to survive found one thing that gave them the smallest glimmer of hope: the humanoid weapons.
However, once developed, these new weapons were far from the miracle everyone needed. Instead of turning the tide, they only managed to make a minor dent.
It was a complete and utter defeat.
Humans lost their homeland to the Rapture and were forced to live deep underground.

Decades later, a group of girls awakens in the Ark, mankind’s new home.
They are the result of the collective technological knowledge pooled together by all the humans driven underground.
The girls board an elevator to the surface. It has not been operated for decades.
Humanity prays.
May the girls be their swords.
May they become the blade that enacts revenge for humanity.
Born out of mankind’s desperation, the girls head to the world above, carrying the hopes and dreams of the human race on their shoulders.
They are code-named Nikke, a name derived from the Greek Goddess of Victory, Nike.
Mankind’s last hope for victory.

▶ Stand-out Characters with Distinctive Personalities
Alluring and extraordinary Nikkes.
Watch as character illustrations jump off the page and straight into battle.
Play now!

▶ Experience The First-hand Unique Tactics
Use a variety of character weapons and Burst Skills
to take down the overwhelming invaders.
Feel the thrill of a brand-new innovative battle system.

▶ A Sweeping In-Game World and Plot
Play your way through a post-apocalyptic tale
with a story that offers both thrills and chills. 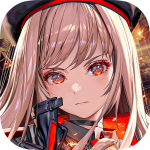