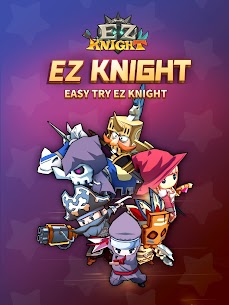 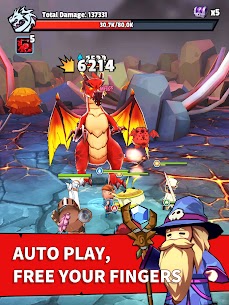 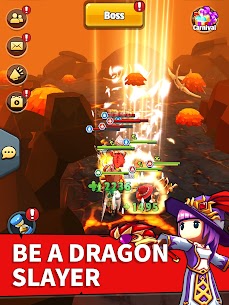 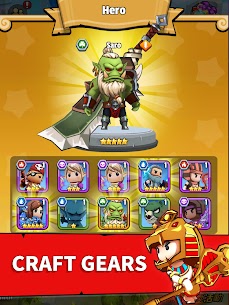 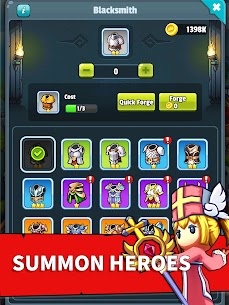 All you need to do is sparing one finger to help your heroes when they’re in trouble. You can either fight with your team when you’re free or let your team fight for you when you’re AFK, while earning loots all the time.

Turn the Tide with Spectacular Skills!
Dozens of skills and abilities with spectacular effects are ready for you to begin battles, release your powerful skill with just one tap to twist the tide and crush the enemies down!

Summon Heroes, Create Your Own Team!
Recruit the best of the best among hundreds of heroes of various occupations from 5 camps and build up your own formations to go in to battle, let them slay the enemies and collect countless treasures for you!

Forge Gears&Equip Heroes, Prepare for the Fight!
Collect and forge legendary gears, equip your knight with upgradable armor and weapons and fight to the end!